When Jean Grey goes Phoenix, how do the X-Men — old and new — respond?

Brian Michael Bendis, who’s done an excellent job so far with the series, gets to that in All-New X-Men #14, and the reactions are noteworthy.

As X-Men, Hydra, and Mystique’s band of rogues battle each other, Jean Grey’s sudden flareup stops everyone in their tracks. Initially stunned by the display, Wolverine snaps out of it and hurls himself at Grey, prompting her to reveal the fireworks are all a psychic display. 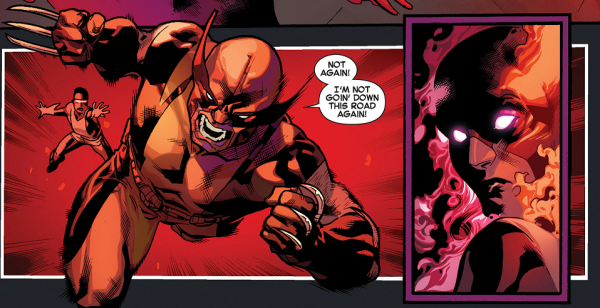 In the ensuing chaos as the battle begins anew, Lady Mastermind and Grey spar mentally while the original X-Men members show off the chemistry, tactics, and abilities that made them one of comicdom’s greatest teams.

The issue marks a win for the X-Men who prove themselves in the eyes of their more modern counterparts and also to the Avengers. Issue #14 is packed with action, crisp scripting, and exceptional artwork thanks to penciller Stuart Immonen, inker Wade Von Grawbadger, and colorist Marte Gracia whose chemistry has resulted in one of Marvel’s strongest titles. The panels are spectacular, and Bendis should congratulate his cohorts for bringing the script to life in an amazing way that surprises and reflects what’s happening. 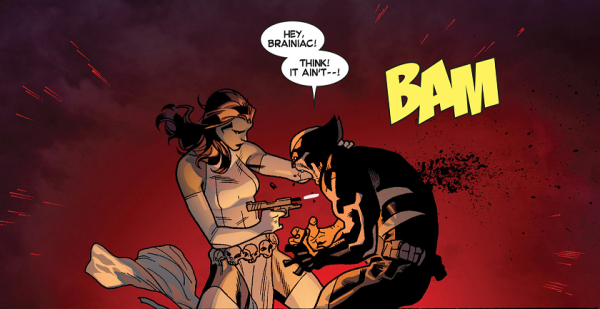 Looking back and seeing how far this story arc has progressed, it’s amazing to see what’s become of Marvel’s most famous strange heroes.

The classic X-Men have proven themselves more confident and able in battle, and they’re now a formidable team even by modern standards. The character development has been solid, and issue #14 shows the fruit of Bendis’ labor as things begin to settle but not stagnate. The newness and novelty of it all has been replaced by purpose and a measured approach, and it’s hard not to root for the team.

It’s especially clear that the teammates have found their roles, and while Wolverine serves as the resident headmaster, even he knows this X-Men squad started it all.  Cyclops’ potential is there for all to see as he directs his teammates in battle, displaying the kind of presence that made him the embodiment of Professor X’s dream. Iceman, who’s served as comic relief — in a very good way — remains funny, and though he hasn’t developed his omega-level powers, he proves why he’s an important member of this team. Jean Grey gets to see, firsthand, what kind of reactions she elicits when she pretends to be the Phoenix, and Beast — who’s had to share time with his modern self — gets to display his battle prowess as he somersaults and rolls from one foe to another.

All-New X-Men has a little bit of everything, and this issue in particular is a lot of fun to read.  It’s hard not to smile when Havok and Cyclops high-five each other after a battle well fought. It’s a moment that’s deliberately cheesy and could have failed as overtly sentimental. This creative team does it service by making it a moment people can relate to — a snapshot of unabashed brotherhood after a job well done.

Not that this issue is a self-congratulatory pat on the back by Bendis and crew, though the end of this story arc opens it up for bigger, better, and more dangerous things. So far it’s been so good.

Now. Let’s see what happens next.

Buy All-New X-Men #14 from Things From Another World!