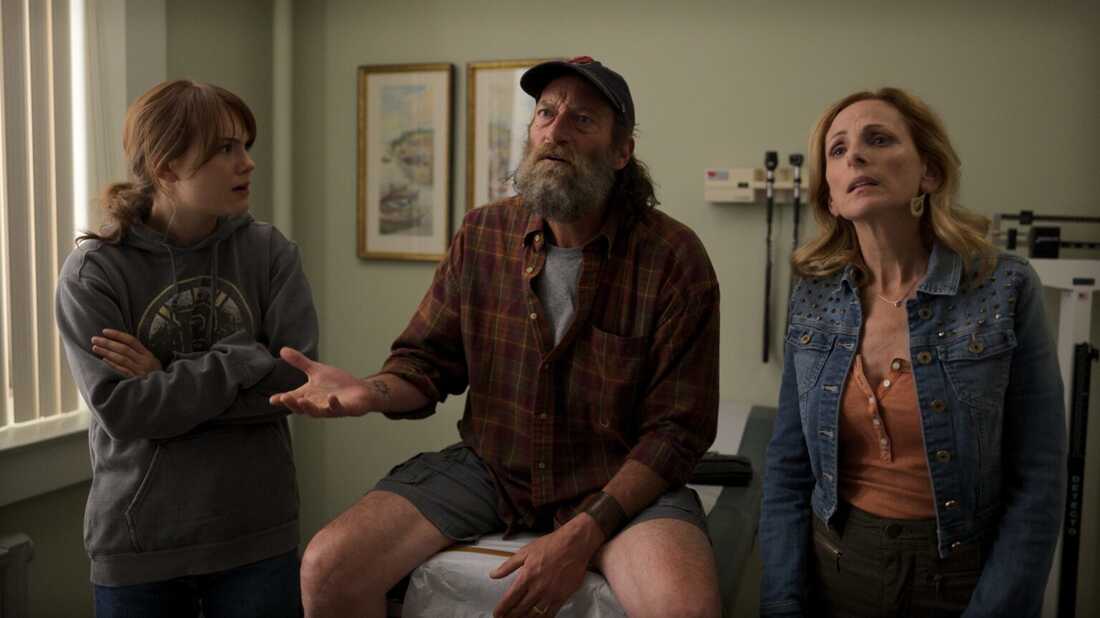 If you search the Internet for the perfect song, you might find some interesting results leading you to numerous websites and articles about scientists creating the ultimate track for cats or what goes into scoring the next big radio hit.

One of the results will lead you to a 2014 blog piece from Physics World titled, “What makes the perfect song?” which tells of an event by the same name attended by the blog entry’s writer James Dacey where a couple of physicists, a musicologist, a researcher and various musicians came to the ultimate conclusion that science hasn’t figured out music.

Left to their own opinions, the panel talked about how songs, in various forms and bits, could dig their way into our brains to make us dance and make us sing. It’s an interesting read, so go ahead and take a look at it after you read this review.

It was the musical term that I referenced when I watched CODA, a film about a young girl trying to find her place in the world. A coda is defined as, “The concluding passage of a piece or movement, typically forming an addition to the basic structure (Thanks, Google).” CODA is filled with music and themes that relate to it, but it’s actually the acronym for child of deaf adults.

Still, I’m not entirely convinced whoever named the movie didn’t see the connection or at least realize the coincidence as the film is very much like the definition of a coda in that it’s a very moving piece that weaves beautiful and independent voices that come together for an epic chorus.

Emilia Jones plays Ruby Rossi, a high school student who spends the early hours of the day working as a fisher on the family’s boat. As the only hearing person in her family, she’s relied on to keep the family business going, serving as an interpreter at the board meetings, negotiating higher prices from buyers, and answering the ship’s radio calls.

At school, she’s a pariah. Her only friend is Gertie, a precocious teen who hits on teachers. After Ruby sees her crush Miles signing up for choir, she impulsively does the same. What she doesn’t know is that she has put herself on a path that will make her choose between staying home with her family and becoming her true musical self.

In ways, CODA is an orchestra of characters playing in and out of harmony. There’s a slight but pertinent dissonance in some of the chords as conflicts come to play, but that’s where the film shines brightest as it highlights common human struggles.

Frank, the main breadwinner, juggles mounting debts and creeping regulations choking his community’s fishing industry. He’s railed against change long enough that he’s begun to entertain the idea of selling the family boat in order to gain some financial stability.

Leo, the family’s eldest child, has all the vibrancy and recklessness of youth, but he’s treated with kid gloves. He views his deafness as a hurdle to be overcome while others see it as a barrier for entry. It’s Leo who comes up with the idea of creating a company to sell fish directly to customers instead of using intermediaries cutting into their profits, but the idea is tabled until tensions between the fishers and the board come to a head. When the board announces that each boat will need to allow an inspector and absorb the $800 fee of hosting them, Frank, in a moment of pure frustration after seeing years of regulations destroy his livelihood, declares Leo’s plan to the fishers.

Jackie comes aboard shortly after, though she’s reluctant to work with the wives of the other fishers. And as the barriers between the family and the hearing community are broken down, characters have to take a long deep look into their own personal conflicts which ultimately proves we all long for similar things.

It’s the struggle of connection that takes the spotlight. Every conflict ultimately stems from each character’s want, need, or inability to connect with someone else. Leo and Ruby, though connected by blood, through jealous lenses see each other as the favored child. Leo’s deafness, to Ruby, makes him a true member of the family, while Leo feels that his parents see Ruby as a valuable asset because she can bridge the gaps of communication between the family and the community at large.

Both starve for the favor they see the other receiving, not realizing they are blessed in their own right. When Miles visits Ruby, who constantly apologizes for the state of disarray and dysfunction at her home, Miles mentions he would rather be in Ruby’s shoes because of the cohesiveness of her family. Miles, for lack of a connection to his own parents, would rather have the clutter with all of its history and a family bond with all of its complications rather than the ugly and silent separations he witnesses between his parents.

Layers on top of layers reinforce the theme of connection, and CODA never, ever feels trite or overhanded. There’s a thin but powerful line of storytelling that leads the viewer through the scenes, and like a striking melody, the narrative leaves you feeling what the characters feel. When the family goes to see Ruby perform at her recital, the perspective shifts to Ruby’s father. The film shows you his experience not only from his eyes but also his ears as all sound disappears from the film. It’s a moment that left my entire theater speechless as the hearing viewers spent a minute understanding the impact of the scene.

For me, a father of an 18-month old, I imagined my own son on stage. I was left devastated. Being unable to connect with a child during a moment that should instill a wellspring of pride left me figuratively standing at a chasm — instead of intimacy between singer and listener, there was a complete void.

Using music to tell the story conveys the theme in a way that anyone who’s ever dreamed of being a singer can relate to. Anyone who’s ever had to sing for someone else would understand what it’s like to pour their hearts out — to bear their souls in a state of complete vulnerability. There is intimacy when a listener connects to a singer. That’s why shows like American Idol are so compelling during those audition stages. For every megastar, there are thousands of hopefuls, mocked and turned away, their shame made permanent on reruns and viral videos. I can’t remember the last American Idol winner, but I still remember William Hung.

Other viewers may take away vastly different points from that scene, but for me, the feeling of not being able to listen to music and share the same experience as others left me feeling like I was drowning.

Credit goes to Sian Heder for writing and directing a film that is relentlessly what it was intended to be. It never pulls its punches, and there is so much power in the way the story is presented. The cast is truly amazing — Kotsur’s acting goes above and beyond. Through his signing and body language, you know what he’s trying to say. And I write that to mean communication is a two-way street where someone tries to get someone else to understand. It doesn’t always work out as intended, and Kotsur embodies someone who wants so much to be understood. And I, even with hearing, struggle so much to get what people are talking about.

CODA isn’t a musical, but it does use music to tell the story of the human struggle to belong, to relate. And it works like a song — its hook is undeniable. When the last word is shown on the screen as Ruby gives them the sign for “I really love you,” you’re left with a profound sense that you truly understand what Ruby means.