The tides of war continue to rise with new factions joining the battle in Death Vigil #4.

The Pale Court, a group devoted to bringing the Primordial Ones to the land of the living, has plans for the Dreamer’s Codex — tablets containing everything one needs to know about the sigils. Every translation of the codex has been destroyed, but the Pale Court has its eyes set on a new work nearing completion. 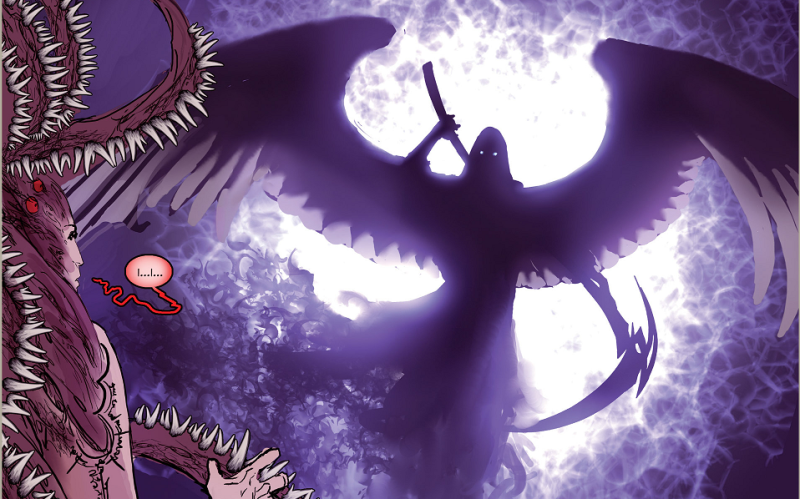 The news is brought to the Death Vigil by Allistor, a necromancer who seems to have a long and complicated history with Bernadette. Though initially reluctant to accept any notion the Pale Court has been making a comeback, Bernadette brings Allistor and his daughter Mia into the fold while the Vigil investigates.

Meanwhile, Clara’s powers continue to develop at an alarming rate. In a flash, she’s become one of the Vigils best warriors with a powerset that includes creating magical gates and seeing memories — a power also used by skilled necromancers. After a skirmish in which Clara Jenkins easily overcomes her foe while Samuel Lewis struggles against his, Sam wonders why there’s a huge gap between the abilities of their respective Veilrippers.

The developments through conflict, comparison, and contrast make Death Vigil #4 a strong entry into the series. Bernadette’s reunion with Allistor adds an interesting twist to the mix because his status as a necromancer brings another perspective to the Vigil. It also adds Allistor’s daughter to the group, which in turn develops the relationship between Mia and James. And because we’re denied the complete history between Bernie and Allistor, we’re forced to live with the fact there’s a rich history that we’re only getting the iceberg’s tip of. In this case, less is more — it suggests a larger world while keeping us focused on the present, That rolls right into a sense of urgency that keeps us curious and on our toes as the story continues to unfold.

As for comparisons and contrasts, we get to see characters as defined by the various relationships they keep. For Maria, interpreting the Codex is more than just an intellectual exercise — the high stakes of playing against both the reapers and the Pale Court is revealed when we learn Maria has — or had — a daughter named Alicia. For Bernie, Allistor’s presence is a conflict in various ways, and by comparison, we see how similar and different they are. It seems likely Allistor and Bernie were on the same side before, but Allistor’s current status as a necromancer has set the two against each other. What makes it more interesting is the implied reason for Allistor’s new affiliation — becoming like the enemy in order to defeat the enemy.

The main storyline gets a few pages this issue, but it’s the one with the most impact. Watching Clara and Sam, and we see the student now becoming the master. Clara’s confidence is at an all-time high while Sam questions himself as he compares his abilities against hers. The roles have flip-flopped, and it’s a great twist that Sejic clues us in on as Clara tells Sam, “You weren’t kidding about this place changing you.” The dialogue introduces the idea, but it’s the artwork that brings the point across, whether it’s Sam missing his target or Clara showing off her skills during battle.

On the whole, it’s the art that really attracted me to Death Vigil in the first place, and I have yet to come away from an issue with disappointment. The body language is on point this issue, and so are the facial expressions — as usual. Take out the text bubbles, and you’d still be able to get the gist of what’s happening in each of the scenes. With the dialogue and narration in place, Death Vigil #4 turns into a comic juggernaut that attacks on several fronts.

The series so far has been on fire, and the latest issue continues the streak with confidence. As a one-man band, Stjepan Sejic proves life is unfair — working on the title as both writer and artist, he excels majorly in both. I highly recommend Death Vigil, especially to those who may not like comic books, because it shows what this medium can do. In the hands of a talented creative team — and in this case, a single person — a comic book can tell a great story on various levels. Death Vigil has action, humor, and its own universe filled with a compelling cast. That’s more than you get with the price of a cup of coffee. 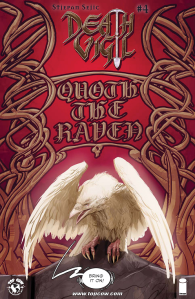