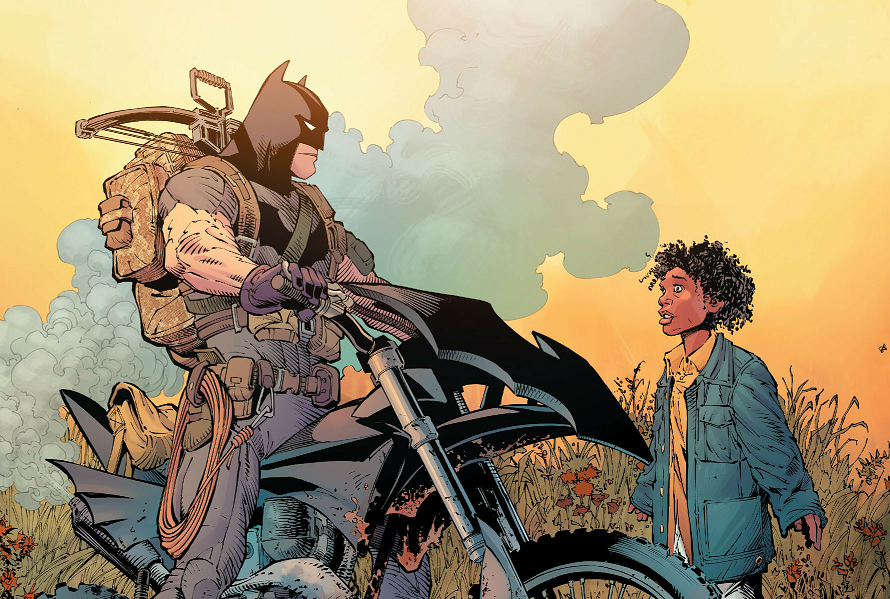 Kids don’t have to take an elementary school primer to get their information on Batman’s origins. Take a trip to a playground and any kid will tell you what kickstarted Bruce Wayne’s transformation from innocent child to all-out vigilante.

He’s arguably the most popular comic book character because he’s got a lot going for him. He’s a representation of the ultimate man in ways. Physically, he’s a master of combat, built for speed and strength. He took down Superman in his old age in The Dark Knight Returns, and his protocols were abused in Tower of Babel to bring down the entire Justice League team.

Mentally, he’s the world’s greatest detective, solving crimes and keeping Gotham City’s criminals in check. Early Batman comics were procedurals — they were CSI:NY before there was CSI:NY. Batman didn’t have to beat anyone up, though he does take measures to take down criminals and keep them from getting up.

Bruce Wayne has looks, intelligence, money, and power. Forbes names him one of fiction’s richest characters on a yearly basis, and he’s got a trove of gadgets and gizmos that would make the biggest tech-geek keel over from a heart attack caused by sheer awesomeness. What he can’t build with his two hands, Wayne Enterprises builds for him.

So it doesn’t surprise people when Batman comes up with a plan for everything. In addition to taking down Superman and the Justice League, he’s come back from the dead, traveled through history, and trained several other superheroes. The rest is assumed, alluded to, imagined. We know he’s awesome, and we know why.

We know he spent years away from Gotham City, learning and building his skills. It took a bat flying through his window to give him the inspiration he needed to devise a persona to strike fear into the criminals he planned to hunt down. It took decades of groundbreaking stories, rule-breaking character development, and a strong presence in other forms of media to fill in the blanks of Batman lore. Frank Miller took a stab at showing audiences a young and growing Batman in Year One.

With Batman #21, Scott Snyder wants to go even further back.

Crime is rampant — almost a way of life. Middle and upper class citizens working under blackmail and extortion for the Red Hood have created a syndicate of crime that doesn’t need to hide in the city’s shadows though they wear disguises during daylight kidnappings. To save Gotham City, Bruce Wayne works disguised as Batman, but it wasn’t always that way. In issue #21, we see more of Bruce Wayne than we do the cape and cowl, and Bruce spends a good amount of his early crime fighting days using applique face-masks to disguise himself, Mission Impossible style. He isn’t the honed expert master — he’s the graduated student applying his techniques in the real world.

Readers get to see Bruce Wayne become the Bat, and before he was the Dark Knight, he was the bat on the bike — Before the flashback, we see Bats riding in on an appropriated dirtbike to save a young boy from two thugs.

It’s an interesting issue that Snyder sets up nicely even if most of it feels like it’s been done before. Origin stories don’t get the luxury of setting up stories the way original stories do — we’re reminded for the umpteenth time that Wayne’s an orphan who was declared dead when he left the city in his pursuit of fighting crime. It’s up to Snyder to bring readers into new territory that doesn’t undermine the complexities of the character and the stories that have come.

Greg Capullo’s pencils are solid as usual, and the colors by FCO Plascencia are polished and bright. Perhaps that why issue #21 doesn’t feel like a Batman book — the story hints at the dark underbelly, but out of all the pages this issue, only two depict Gotham City by night. It’s not a bad thing — it’s a departure that’s jarring because it’s not present-time Gotham, and the characters are not their current selves.

It will be up to Snyder and his creative team to wow readers. What we know of Batman has been documented in more than eight decades worth of comic books, and Snyder has his work cut out for him, maneuvering through history without stepping on any butterflies that cross his path.

Readers will hopefully get to see a clearer picture of the mold Batman was created from. If brains and brawn are Batman’s skills, his superpower is sheer determination. It’s the driving force that carries him toward his goal. He’s a man with great capabilities and with tremendous faults and failures, and unlike his counterpart, Superman, who inspires hope and represents the kind of human people can aspire to be, Batman is an empathetic character who more closely represents who we are. 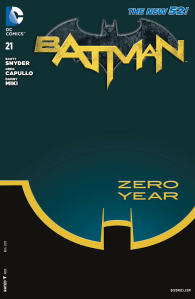 Buy Batman #21 from Things From Another World!