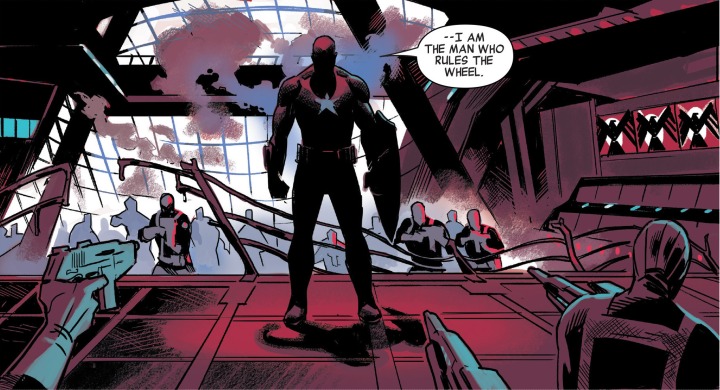 After the most recent Secret Wars event rewrote Marvel’s comic continuity, the company dropped a major bombshell when it brought Steve Rogers back into mix as Captain America.

For the past several years, Rogers took on a more administrative role after a confrontation with the Iron Nail left his Super-Soldier Serum inert. Working as the Avengers’ mission control leader, Rogers new role capitalized on his tactical prowess while his appointed successor Sam Wilson took on the mantle of Captain America.

With the new continuity firmly planted, Marvel saw fit to return Rogers to his original role and gave him back his superpowers. The company launched another Captain America title, and the first issue set off a huge clamor when it was revealed that Rogers in this current continuity was actually a Hydra agent. In case anyone thought it was some sort of cheap trick or double-screw flash plot twist meant to last a story arc or two, Marvel explained that Kobik — the living Cosmic Cube — had rewritten Rogers’ origin along with many other aspects of the new continuity.