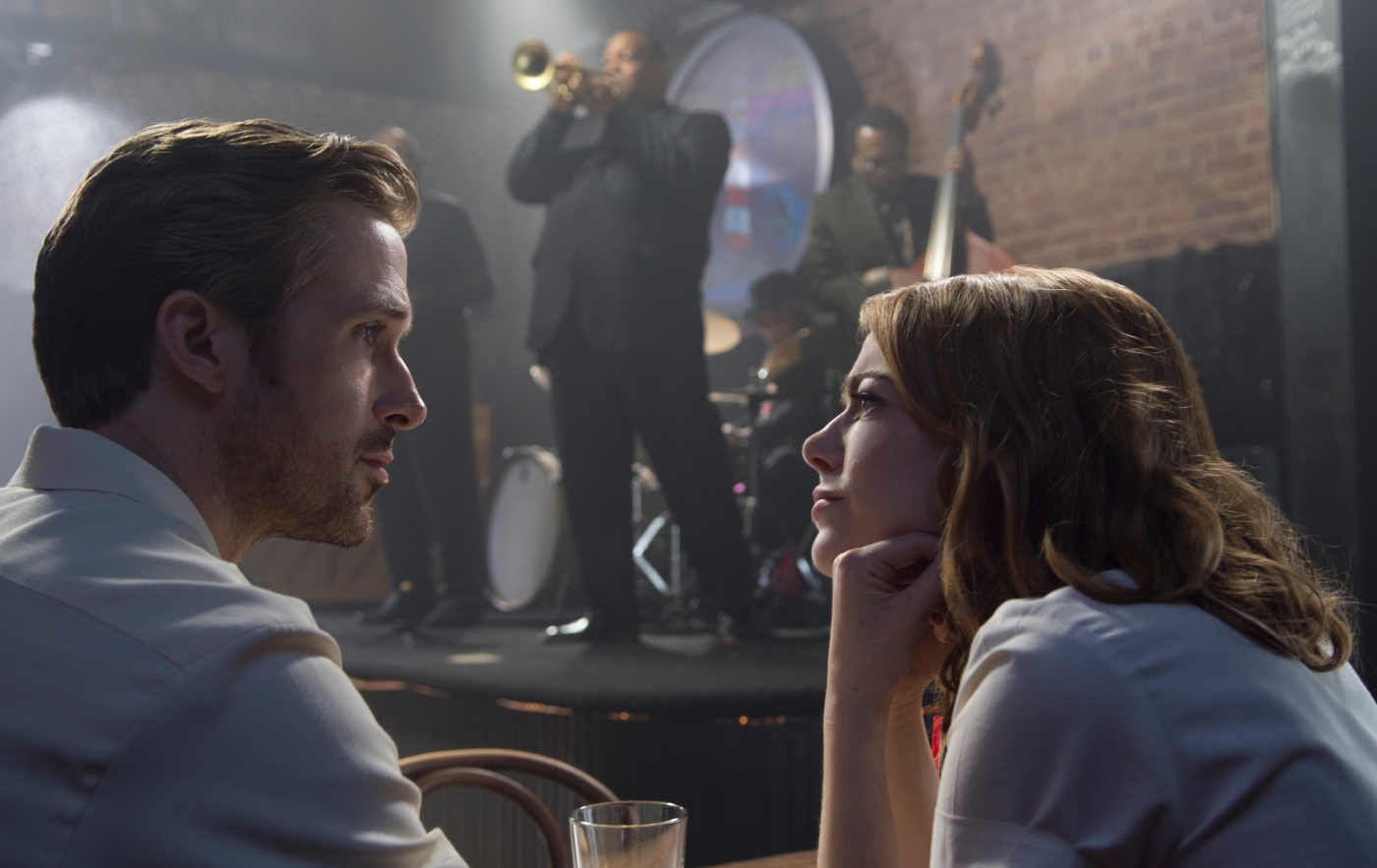 About 10 minutes into La La Land, I started to worry.

Despite a charming opening scene filled with singing and dancing Los Angeles commuters stuck in traffic, I was still waiting for it to become my favorite movie of last year. After winning a ton of Golden Globes, it’s being touted as a frontrunner to win more than just an armful of Academy Awards, and critics — and all my friends — love it.

A few scenes in, I was starting to feel like I was going to be disappointed — that the hype was just too much. Or maybe it’s the whole musical thing — it’s no secret I’m not the biggest fan of the genre.

And then, Ryan Gosling’s Sebastian came home to find his sister had snuck into his apartment. They discussed, they argued — he’s a jazz musician who hasn’t settled into his new home, and he’s got a pile of unpaid bills. He’s got a chip on his shoulder, and he’s obsessed. He hasn’t gotten over being screwed by a former partner who took their jazz bar and turned it into a samba and tapas restaurant.

I was longer just watching La La Land — Sebastian was a mirror or an alternate dimension of myself.

Not that I’ve ever wanted to own a jazz bar, per se, but I have dreams. Had dreams. Dreams that seemed pure and selfless but were essentially a bit selfish as well.

I want to create real music for people who need to hear it.

Before I knew it, La La Land transported me away to the beautiful insanity of Los Angeles — a city of dreamers and hopeless romantics chasing their tails and looking for a place to call home. To a place of tremendous density filled with people who would give all they can to escape gravity.

Emma Stone plays Mia, a barista on the Warner Bros. lot. When she isn’t serving coffee to movie stars or checking to see whether an angry customer’s pastry is gluten-free, she auditions for roles with the hope of getting her first big break. Her friends, fellow aspiring actresses, drag her to parties to look for love and a way into the industry.

After her car gets towed, Mia takes a walk and passes by a jazz bar where a melancholy tune catches her ear. She meets a familiar face, Ryan Gosling’s Sebastian, and it seems like fate has brought together a love that will live happily forever after.

But happily ever after can’t happen if you’re chasing your dreams. When Sebastian takes a gig as a jazz pianist for a fusion band and Mia begins work on a play, their paths forward put to test their dedication to their dreams and their love for each other.

La La Land is delicately intricate, and director and writer Damien Chazelle weaves themes and subtle foreshadowing into the story like melodies and harmonies that play in the background before they carry the story — and the audience with it — into a deafening crescendo before a sudden and heart-breaking finish that left me grieving. Mia and Sebastian are like asteroids orbiting the sun that one day crash into each other, setting up a beautiful tandem trajectory that eventually distances them as the degrees between them become too large as they approach the sun.

Stone is perfect as Mia, chipper and doe-eyed with equal parts determination and faith despite the constant beating of rejections. Her singing voice is absolutely beautiful, soft and bright when it’s called for and forceful without pretension elsewise. Mia isn’t above auditioning for even the most terrible roles — her endearing innocence makes her watchable even in a derivative Dangerous Minds-type television show.

There’s a bit of dancing to go along with the singing, and the chemistry between Stone and Gosling is undeniable. The attraction is there, even when the first song they sing together rejects the notion of them ever being together. The vulnerability both actors bring to their roles — the brutal honesty lends itself to incredible sincerity — makes them entirely likeable underdogs. And when Sebastian overhears Mia defending his unemployment to her mother on the phone, we can’t help but support him even when he sells out his dream for another one.

In the end, the themes of phoenixes, fire, and ashes bring us through five seasons — winter, spring, summer, fall, and winter again. Love is born, dies, and is born again — a cycle that brings us full circle as we follow Mia five years later as she enters the cafe she worked in to pick up a few drinks as a famous actress.

As things are unveiled, we’re left hoping for an alternate timeline — a chance for reality to realign itself into the thing we the audience desires.

And Chazelle gives it to us — like a dream — before he cruelly brings us back to reality.

Some dreamers get more than they ever imagined.

And some get exactly what they want, even if it’s not what they need.