Well, that was fast.

Instead of going the route of some shows which spend an entire season building up to something, only to end with a brief scene and a disappointing cliffhanger, Game of Thrones isn’t wasting any time.

Of course it was predictable. Of course it was expected. For the past several days, I’ve been reading reviews about the episode after having seen it twice, and while most have been ecstatic about the show’s current direction, it seems hip to be sour as some reviewers have taken to putting the episode down because they weren’t surprised enough.

I mean, come on. Are you serious? 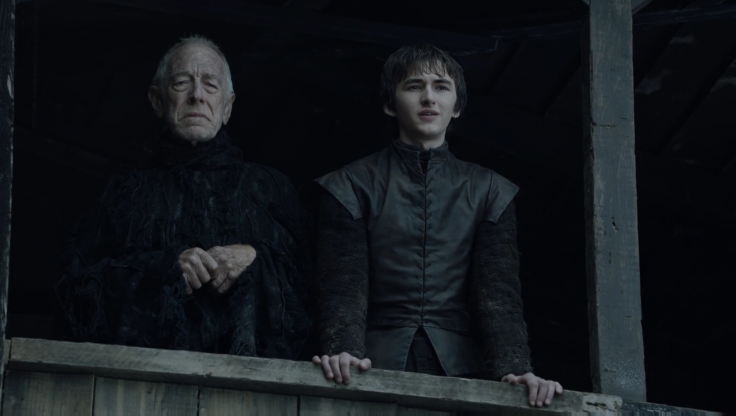 So, let’s get to it. The second episode, titled Home, brings us back to Bran Stark and the Three-Eyed Crow who have been hard at work learning how to save the world. Vision-walking through historic Winterfell where a young Eddard and Benjen Stark spar, Bran looks on with a smile on his face. He’s going to be the happiest person this entire episode, so it is literally all downhill from here. Take in the happy feels while you can, because this is one heavy episode.

The scene should give audiences a bright flash of deja vu. In case you missed it, rewind back to the very first scene in season one which opened with Bran learning how to shoot a bow as he’s flanked by his family.

The brothers’ sparring session is interrupted when Lyanna rides in masterfully on a horse. Lyanna has only made appearances in statue form, so it’s good to finally put a face to the legendary name. Her appearance is evidence enough that a huge amount of lore is about to be explored tracing back from Bran to his namesake — Brandon, the eldest of the Stark boys — who was executed with he and his father Rickard failed to rescue Lyanna from Rhaegar. The kidnapping was the spark that led to the war that would place Robert Baratheon on the Iron Throne and Eddard Stark as heir to Winterfell.

The rest is known history.

We also get our first glimpse of Hodor as a young boy. Curiously, he’s named Wylis, and he can also talk. No reason has been given yet for why Wylis changes his name to Hodor or why he’s unable to say anything besides “hodor,” but it’s a compelling mystery that thickens the plot.

The three-eyed crow brings Bran out of the vision, and the ward laments it’s the first awesome thing he’s been able to experience so far. It’s proof he still has a long way to go in his training as further evidenced by the following exchange when the three-eyed crow tells Bran: “It’s beautiful beneath the sea, but if you stay too long, you drown.”

“I wasn’t drowning. I was home,” Bran says, missing the point entirely.

You were drowning Bran, and you were sucking in water like a fish.

At Castle Black, Alliser Thorne and his men get ready to storm the room where Davos and Jon Snow’s friends wait for Dolorous Edd and his rescue force. As the door is breached, the main gate bursts open with wildlings flooding into the courtyard. Instead of killing off the traitors, Dolorous Edd sends them all — even the little jerk Ollie — into the cells. I’m curious as to how Jon will handle the traitors.

Will he forgive and forget? Or will he hold them accountable? The choice will determine the status of his return and set the tone for his ongoing character development.

In King’s Landing, the Lannisters continue dealing with the fallout from Cersei’s shaming. Franken-Mountain has been patrolling the streets, hulk-smashing people who dare throw shade at the Queen-Mother, while King Tommen the Overwhelmed summons the courage to ask his mother for help and forgiveness, leaving father-uncle Jaime to threaten the High Sparrow with violence during Myrcella’s funeral. The High Sparrow has the upperhand for now, and we have the makings of an epic showdown.

But who will win?

Will Tommen cause his own downfall by putting his future in his mother’s hands? Is he another thread to be removed from the story the way Cersei fixes her dress at the beginning of this scene? I’m starting to wonder more about the endgame of the series — especially in challenging my own assumptions. It really shouldn’t be a given that the Lannisters will be around at the end of the show — or even after this season — because, surprise-surprise, anything can happen. The High Sparrow and his crudely-armed followers could wipe out all of King’s Landing in one brutal sweep, and that would be the end of that chapter.

Speaking of chapters, the political situation in Meereen continues without Danaerys anywhere close to coming home. Tyrion works at maintaining peace in the city, and the liquid courage has given him a crazy idea — free Danaerys’ chained-up dragons.

Tyrion knows enough about dragons — he’s wanted one ever since he was a child — to know that a captive dragon is a weak one. The Queen of Dragons will need all the help she can get with everything else burning down around her, so it would be wise to make sure her symbols of power don’t wither away like her clout.

The return of Jon Snow might get the bigger headlines, but Peter Dinklage’s performance is the real highlight of the episode. Tyrion braves the presence of two fire-breathing dragons by telling them a story — one about his childhood wish to have his own dragon. Tyrion finally gets to lay his hand on one, and it’s a beautiful moment that contains a bevy of emotions — fear, loneliness, and newfound hope. Considering that Dinklage was probably working this scene with props, I appreciate his ability to create a nuanced and expression-filled performance. 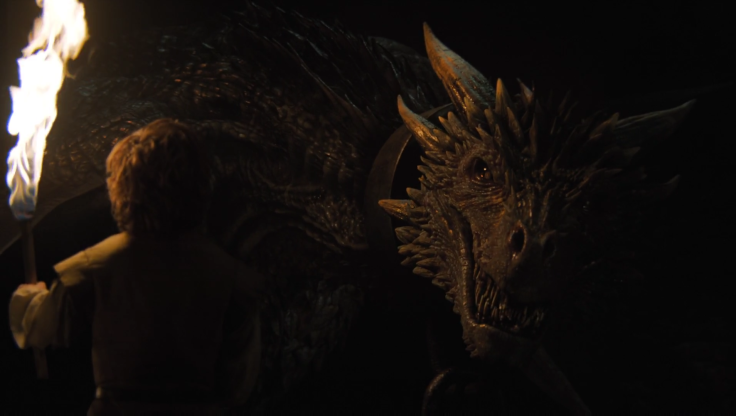 Back home in the tumultuous North, Ramsay Snow gets news of a rival heir when the maester announces Roose Bolton’s baby boy. Assume the worst, then multiply the awful factor by ten.

The Karstarks are working with Snow now, but I have a feeling — based partly on the “Last week in Game of Thrones” intro — that there’s more to it than we’re seeing. The North remembers, and I think the Karstarks would rather have one of their own sitting as warden rather than some sociopath who’s basically cut down the roots, the trunk, and the branches of his own family tree.

I think Ramsay will find himself attracting a lot more subjects before getting the ending he’s due. That or he’ll win the Game. We shall sees.

Theon leaves Sansa for the Iron Islands which are also in a newfound state of flux after Balon Greyjoy’s murder at the hands of his brother Euron who’s returned from being missing at sea. Euron is no hero — it’s said he cut the tongues from sailors because he wanted quiet. Yara won’t automatically ascend to the Iron Islands throne due to her father’s death, and Euron’s presence could be an enormous obstacle. 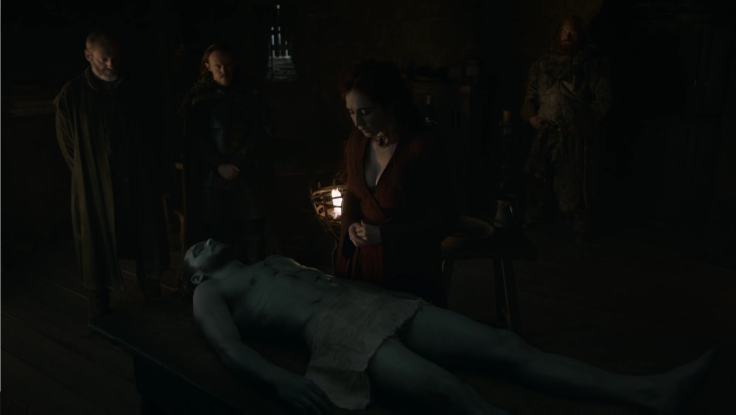 And that brings us to the big elephant in a Castle Black room — Jon Snow. Rising from the dead like I do when I forget to set my alarm, Jon has a bit of catching up to do now that Castle Black is in disarray.

But more important at the moment is Melisandre’s motivation. While she still has faith in the Lord of Light, she doubts whether her steps have fallen within his plans. It’s a tough place to be — we know what she did to Stannis and his family, but that could just be tip of the iceberg. How many other kings has she put her powers behind only to fail repeatedly?

With Snow alive, what will she do — and will Ser Davos let her off the hook when he finds out how poor little Shireen was sacrificed?

More awaits next week on Game of Thrones.