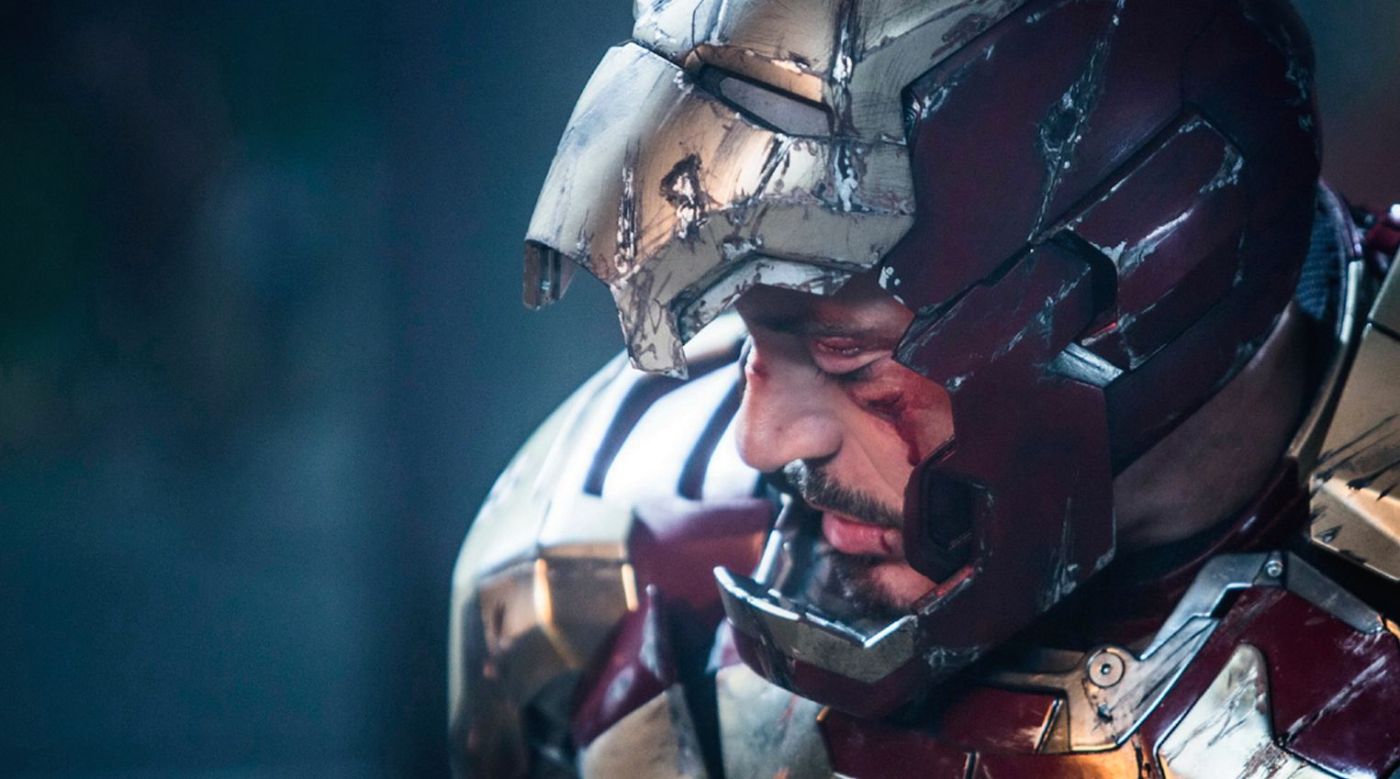 Batman v Superman: Dawn of Justice was supposed to compete directly with Captain America: Civil War by releasing on the same day, but Warner Bros. decided — wisely — that more money was to be made without forcing audiences to choose between two huge tentpoles.

But both studios knew their movies would be compared ad nauseum — each containing a similar premise where its lead titans would wage war against each other. DC, owning the most famous and more established comic book properties in Superman and Batman, still had a bit more of an uphill climb gearing up for its cinematic universe while Marvel looked forward to continuing its runoff to a climactic Infinity War one-two punch that begins in 2018 — ten years after Iron Man kicked off Phase One.

And it’s clear, after having seen Civil War, that my preference is Marvel’s movie. Not that I have to choose — one can be a fan of both comic movies and companies just like one can be a fan of Warner Bros., Universal Studios, and 20th Century Fox. I love both Guardians of the Galaxy and The Dark Knight without feeling the need to draw lines from one to the other.

But I felt I had to draw comparisons between Civil War and BvS because the former made me realize exactly why I disliked the latter.

On a mission to find his best friend James “Bucky” Barnes, Captain America (Chris Evans) and his new Avengers squad run into trouble in Lagos. While the mission is a technical success, collateral damage forces bureaucratic hands to create an oversight committee.

The Avengers, former and current, split over whether they’ll adhere to the Sokovia Accords, an agreement between 117 of the world’s nations that will hold the team in check through the United Nations. Tony Stark (Robert Downey Jr.), bearing a particularly heavy conscience, thinks it’s time the Avengers were held to task, but Rogers would rather see the team continue acting in its own best interests instead of having its hand forced or withheld.

When the Winter Soldier is sighted after an assassination, kill-on-sight orders are given. But Rogers won’t comply — his loyalty to his friend causes him to go rogue at the risk of imprisonment. Further splitting the team, revelations from the past divide Rogers and Stark even more with outbursts of intense action punctuating the conflict.

There’s a lot more to the story, but I’d rather talk about characters than delve too deep into recapping the plotpoints.

After sides are chosen, more heroes are brought into the mix. Cue Spider-Man, Black Panther, Ant-Man, and Hawkeye — new and old faces joining or rejoining the Avengers ranks.

Tom Holland is the perfect teenage Peter Parker. Geeky, awkward, and absolutely terrified about his Aunt May discovering his secret identity, Spider-Man — not Spider-Guy or Spider-Boy — gets a solid introduction to the rest of the Marvel Cinematic Universe by sort-of discussing his origin story and getting a brand new Stark-sponsored suit that brings him up to speed for his first solo movie.

Chadwick Boseman as Black Panther is the cat’s pajamas — every time he appears, he brings emotional resonance to the movie. Black Panther as a symbol embodies the fierceness of a warrior’s spirit, but the man behind the mask sees his character develop from a vengeance-driven subplot to the movie’s moral center. Boseman is the heart of Civil War and its embodiment of the nameless and numerous victims and survivors who don’t always have the luxury of recourse.

As for the movie’s villain — how amazing is it that we get a mastermind driven by vengeance who actually claims victory when all is said and done? I would venture so far as to say he’s the greatest Marvel villain so far. In contrast to Loki, Ronan, and the Red Skull who have appeared grandiose with galactic-sized delusions of grandeur, we’re treated to a Bourne Identity-style villain whose machinations are their own reward. Daniel Brühl’s Zemo doesn’t want fame or fortune — his endgame is to break up the Avengers and end his own life. And unlike the other villains mentioned, he isn’t an ideal or an embodiment of evil to be destroyed — he is the apple of discord that rips the Avengers apart from the inside.

And that’s where the conflict gets it fire. Continuing with the political themes that the Russo brothers infused into Captain America: Winter Soldier, Civil War goes a bit deeper and explores the consequences of choices made and how the rubber meets a particular road. Rogers is as conservative as one can be, a member of the “Greatest Generation” transported to a modern age. He’d rather not have Big Brother take away any of his freedoms or limit his ability to act. Stark, having experienced PTSD and now living with the scars from the arc reactor formerly embedded in his chest, knows how even the best of intentions can lead to destruction.

The conflict is heightened by their relationship to one another as friends, colleagues, and the world’s most pre-eminent superheroes. Despite their differences, they have worked together to save the world from mass destruction and alien threats. Civil War tears them apart bit by bit with complicating factors — emotions, ego, and circumstances driving a very deep wedge. All with a script and a directing hand that’s natural and free.

That’s what Civil War had over its DC-produced Batman v Superman counterpart — depth, an ocean of subtext flowing underneath sharply written lines and characterization. This subtext wasn’t just hinted at or thrown out into the ether with the hope of being accepted for more than face value — it felt real and weighted. The ensemble cast plays off each other, and you get the sense of real conflict that comes from years of history and the sort of teamwork chemistry that comes from hours of fighting for your life next to your compatriots.

If you want to see true bonds breaking, an examination of sides in which both arguments have great points, a villain without superpowers who does a pretty good job at actually manipulating the circumstances, and an intelligent script with plenty of surprise — watch Civil War.