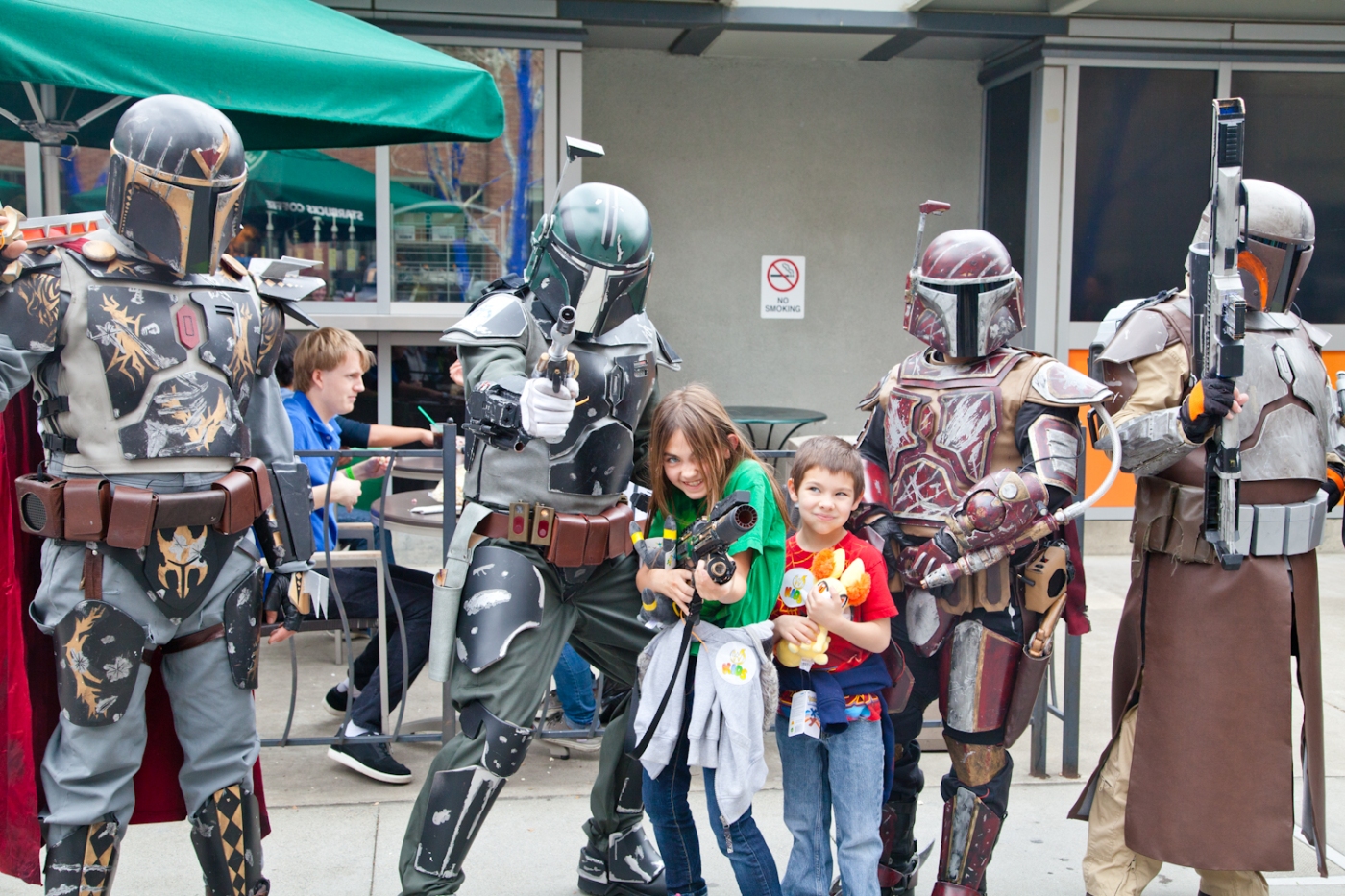 Stan Lee was sick and didn’t make any appearances Friday or Saturday, so Sunday was the day to get an autograph.

I didn’t expect the Sacramento Convention Center to be as packed as it was, but with the perfect storm of Stan Lee and Chris Hemsworth appearing on the same day — just getting to the Desert Wind Comics booth was an ordeal.

I would highly recommend going through DWC for a Signature Series grade on a comic signed by Stan Lee. Not only will they stand witness — CGC has a no-wait policy which means you have to send someone to call a witness when you’re close to getting your book signed — they have special arrangements with Mr. Lee’s handlers and the booth. And if you’re not able to get the book signed, they’ll take your book and have it done at another convention for you.

It took a lot of patience and a long while to finally get in contact with one of the DWC staff members with all of the stuff coming back from Mr. Lee’s booth for authentication and certificates. Lines were forming every which way, and when I finally got in contact with a staff member, she took a couple of us to Mr. Lee’s booth where the famed creator, still looking a bit ill, autographed my X-Men #1 (1991) before taking a break.

I carefully put the comic into another Mylites2 bag and decided to have DWC handle the signing of my Greg Horn books. It would be an extra fee, but I didn’t want to wait in anymore lines for a long, long time.

Trying to navigate the main floor wasn’t easy. There were so many people that I decided to hold off on taking pictures of cosplayers because space was limited.

Since I had time to burn, I made my way to Paolo Rivera’s booth for one more try on getting a commission. He looked pretty busy, and I figured I’d at least thank him for being patient with me throughout the weekend. To my surprise, he said a lot of progress was made on the other pieces, and it was very possible he could have mine done by the end of day.

With that, I moved a few over to Ethan Van Sciver’s booth where he handed me a pre-New 52 Batman.

“I colored it,” he said. I was awestruck and fumbled out a “Thank you!” before I rushed over to Hot Flips to get a case for it.

There wasn’t much to do except check out panels and shop, so I scheduled a visit to the artists roundtable discussion — a panel with Eric Nguyen, Jimmie Robinson, Paolo Rivera, and Humberto Ramos with Danny Fingeroth moderating. Fingeroth went through slides of artwork for each artist, and then he opened it up for a Q&A at the end. Each of the artists talked about their processes, their current projects, and other pertinent topics.

On Ramos working on the new Amazing Spider-Man title soon to be released, he couldn’t give any details about how Peter Parker returns to the suit.

“Ryan (Stegman) is working on those issues, so I don’t have any idea how Peter Parker comes back,” he said. Ramos said Marvel could have gone with a more famous artist, but he really wanted the project. (Personally, I think it’s a good choice — Ramos has done 25 issues of Spidey, and they’ve been very well received.)

Jimmie Robinson talked about the difference between creator-owned projects and working with publishers on IPs. Though he makes a bit less for his creator-owned properties, he does retain all future rights. Robinson also discussed having to write and draw a comic based around a super-villain (Bomb Queen) who runs her own city — “I have to basically write down all the things I would never do.”

Rivera, having won the Eisner Award for Daredevil, discussed his transition from doing interiors to doing exteriors. The audience got to see a cast poster for Iron Man which was very limited in print and handed out to cast members for the movie. Rivera mentioned the possibility of doing interiors this year, and how his work output increased when he moved over to digital.

Nguyen also discussed doing digital — the benefits of efficiency and speed vs. not having original pages for sale on a secondary market. Nguyen stressed he was more about quality and getting the art done right rather than focusing a little on cashing on art sales. He also said his favorite projects were ones that had no determined look or parameters that left him free to create and define at his own will.

After that panel, I spent the rest of the day shopping. I picked up a graphic novel, a couple of t-shirts, and participated in a raffle for some electronic goodies. At the end of the day, I picked up my Rivera commission, thanked him, then left the convention minutes before the doors would close. It was a productive weekend, and I was eager to get home and get some more commissions on the wall.