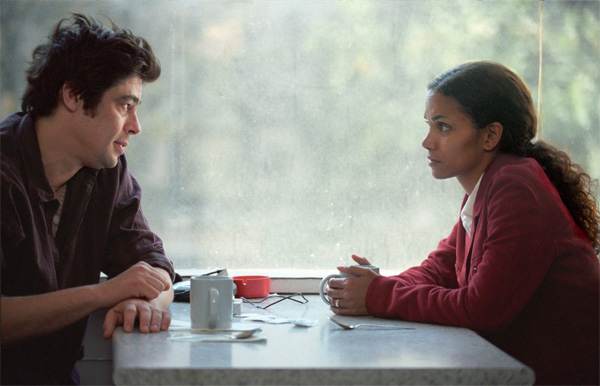 It’s easier to give people an example of a tragedy rather than trying to explain the definition of the word itself.

And it would almost be a disservice to just call Things We Lost in the Fire a movie about tragedies.

It’s a visceral experience, like going through a wringing process, feeling what the characters feel, and standing alongside them at the edge of a chasm overlooking an unknowable depth. It’s a movie about tremendous loss and losing sight in the face of fear only to find solace in knowing there are others out there struggling more than you.

It’s taut, emotional, and so intimate that you can’t help but feel like a prisoner to the scenes in which you can’t escape unless you turn off the movie and step outside for a break.

Some might call TWLitF a tearjerker, but that would be like calling a tornado a breeze – there are moments in this movie that are so painful and raw, it makes your insides hurt.

Would the movie have the same effect if director Suzanne Bier wasn’t so delicate in the way she keeps the camera face forward? Some say the eyes are the windows to the soul, and Bier brings the camera down, or up, to the characters’ level making eye contact with them over and over again.

It’s stirring because, like the movie, it’s not condescending — there’s no hand-holding or manipulative leading that stuffs the movie with cliches.

There are scenes full of life, but the tragic kind that people face — people who aren’t us.

There’s no pity for the emotionally repressed Audrey (Halle Berry) who lost her husband and has to raise two children by herself. Berry plays her character with a fiery edge – Audrey’s loss only highlights the frequent outbursts she’s in the habit of making.

Heroin-addict Jerry (Benicio del Toro) whose relationship to Audrey is tensely tied through his best-of-friends relationship with her deceased husband walks a line fraught with emotional insecurities that seem inevitable when humans are involved.

It works because the movie doesn’t gloss over the details. It’s considerate in its execution – at the dinner table Audrey answers personal questions about her deceased husband. She begins to finally open up, and it’s apparent she has matured and healed enough throughout the course of the film to finally confront the one thing she’s been running away from. It’s finally time to discuss the past.

And after she talks about an instance where the family has lost possessions in a garage fire, she repeats her husband’s calming words. The camera turns its gaze to newly divorced Harold (John Carroll Lynch) weighing the words in his mind before the camera looks away.

It’s unspoken but obvious who Harold is thinking of. Moments like these, assuming in a quiet way, carry the movie and the viewer to its last scene — Jerry recalling a recurring dream then leaving the audience with the words, “One day at a time. One day at a time.”